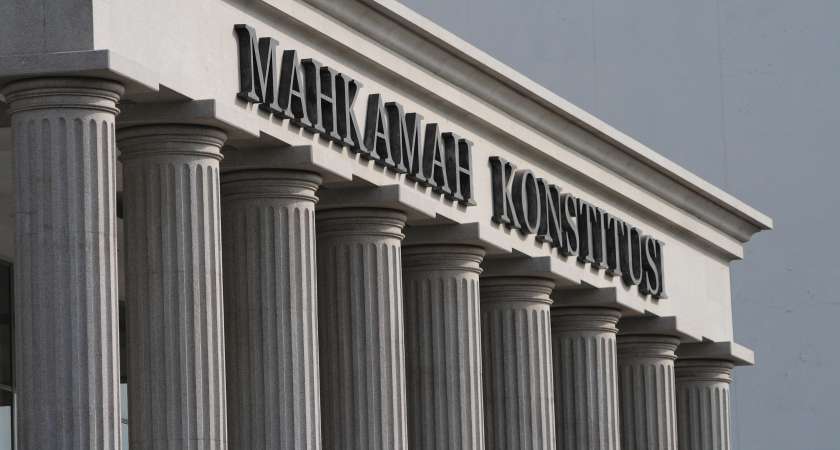 MK Judgement 91/2021 generally stipulates that Job Creation Law is conditionally unconstitutional due to its non-alignment with the standard formulation of laws and regulations. MK Judgement 91/2021 also provides that Omnibus Law shall be permanently considered unlawful.

Such judgement, however, does not effectively revoke the law. The Constitutional Court has ordered the government of Indonesia and lawmakers to revise the law within a period of two years and delay the issuance of any new implementing regulation.

In this article, we provide a brief summary of MK Judgment 91/2021.

Subject Matter: On 25 November 2021, the Constitutional Court issued the result of its material test on Job Creation Law. The petition was submitted by six plaintiffs from various backgrounds, including a former worker, a college student, a lecturer, a non-governmental organization (“NGO”), and two indigenous community groups.

In details, the parties who submitted the juridical examination are:

All the Plaintiffs were represented by the legal team of Gerakan Masyarakat Pejuang Hak Konstitusi (the Society Movement Fighters of People’s Constitutional Rights) (“the Plaintiff”), who argued that Job Creation Law contradicts Indonesia’s Constitution Law (“1945 Constitution Law”) and Law No. 12 of 2011 on the Formation of Laws and Regulations, as lastly amended by Law No. 15 of 2019 (“Amended Law 12/2011”).

Benchmark of the Constitutional Court’s Formal Test: The plaintiff argued that the formation of Job Creation Law contradicts four principles of law making (highlighted in Bold Text) as provided in Art 5 of Amended Law 12/2011:

a. Clarity of purpose;
b. Appropriate forming institutions or officials;
c. Conformity between types, hierarchies, and payload materials;
d. Can be implemented;
e. Usability and effectiveness;
f. Clarity of formulation; and
g. Transparency.

Based on the above benchmark, MK Judgement 91/2021 found that Job Creation Law was formulated in ways that deviate from the spirit of such benchmark. Below is the summary of the Constitutional Court’s views:

(ii) The method of the Job Creation Law is not lawfully recognized: The Plaintiff argued that the method in the formation of the Job Creation Law is not recognized by Law 12/2011. Therefore, it shall be deemed formally invalid. In response to this petition, the Constitutional Court deemed the formation of the law has no particular problems. As such, the Constitutional Court concludes that Law 12/2011 should have been amended prior to the formulation of Omnibus Law.

(iii) Significant changes after the enactment of Job Creation Law infringe the usability, effectiveness, and transparency principles: Indonesia’s House of Representatives (DPR) and the president ratified Job Creation Law on 5 October 2020. However, different versions of the law were widely circulated in public. The contents of these versions are substantially different from that of the official, final version of the law.

For references, below are some of the versions, which were widely circulated:

Members of the House of Representatives testify in MK Judgement 91/2021 that the differences in the drafts and the enacted version of Job Creation Law are limited to wording and formatting errors, not the substantial matters. However, the judges making the comparisons claimed that there are some substantial changes. For instance, Articles 7, 9, and 156 in the drafts are made in different versions. The indigenous community organizations and many people were angry because they had been left out and denied participation since the drafting of the law.

As mentioned in the first paragraph of this article, the Constitutional Court set a two-year deadline for the lawmakers to revise the Job Creation Law to be in accordance with the prevailing laws and regulations. If the revision is not completed after the period, the previous law shall reapply.

Further, the court also forbids the government of Indonesia from issuing any regulation or implementing regulation of Job Creation Law that is strategic in nature and has significant impact on the public. Despite the court’s judgement, Job Creation Law and its implementing regulation shall remain valid under the Indonesian Law, at least, until there is another judgement that orders otherwise. This is to ensure legal certainty and avoid legal vacuum condition.

The above article was prepared by Marshall S. Situmorang (Partner) and Audria Putri (Senior Associate).

Disclaimer: The information herein is of general nature and should not be treated as legal advice, nor shall it be relied upon by any party for any circumstance. Specific legal advice should be sought by interested parties to address their particular circumstances.